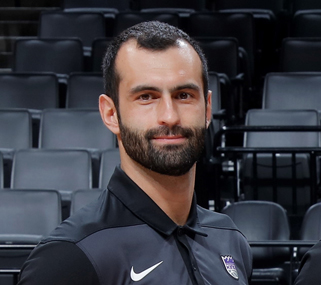 Anthony Darmiento enters his second season as the Kings Assistant Performance Coach. Prior to his career with the Kings, Darmiento spent most of his time with TEAM USA Olympic Sports. He served as an Assistant Strength Coach to the Men’s and Women’s Indoor Volleyball National Teams from 2011-2013. He was the head strength coach for the Men’s Water Polo national team from 2013-2016 and most recently served as Strength and Conditioning Physiologist for USA Volleyball’s Senior National Beach Volleyball Teams. Darmiento occupied a dual role from 2013 until the 2016 Rio Olympics working with both Water Polo and Beach Volleyball where he supported the USA Men’s National Water Polo team and two Beach Volleyball teams through the qualification process and at the 2016 Rio Olympic Games. The Glendale, Calif., native earned his B.S. in Exercise Science from Cal State Northridge and M.S. in Strength and Conditioning from Cal State Fullerton.