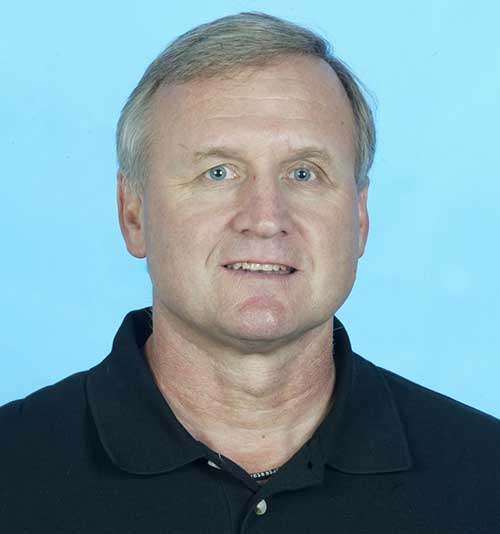 Bill has been the HEAT’s strength and conditioning coach since its inception as he begins his 29th season with the organization and his in the position of Assistant Coach/Strength & Conditioning. He is charged with improving the proper health, strength and overall conditioning of the HEAT players. To achieve these goals, Foran supervises a combination of strength training, plyometrics, conditioning, stretching and nutrition to ensure the players’ maximum results on the court.

A graduate of Central Michigan University, he earned a dual degree in physical education and health education in 1977 and his master’s degree in exercise physiology from Michigan State University in 1981. Foran is the former president and co-founder of the National Basketball Conditioning Coaches Association (NBCCA) and a published author. He is the main author, along with nine other NBA strength and conditioning coaches, of three published books titled Condition the NBA Way, NBA Power Conditioning and Complete Conditioning for Basketball. Foran was also the sole editor of High Performance Sports Conditioning.

Recognized as one of the best in his field, Foran was inducted into the USA Strength and Conditioning Coaches Hall of Fame in 2014. He had previously been honored as the 2009 Co-NBA Strength Coach of the Year, sharing the award, which is voted on by the strength and conditioning coaches of the NBA, with Dwight Daub of the Oklahoma City Thunder. Foran and his wife, Karen, reside in Pembroke Pines. Their son, Eric (the HEAT’s current Assistant Strength and Conditioning Coach), graduated with a bachelor’s and master’s degree from the University of Florida. Their daughter, Kaylee, is also a graduate of the University of Florida as well as the University of Miami Nursing program.