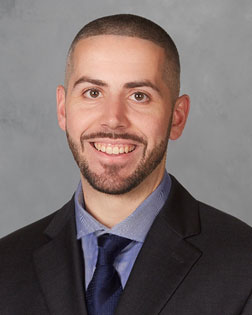 Matthew Johnson enters his seventh season overall with the Chicago Bulls and fourth as the head strength coach … spent his previous three seasons with the Bulls as assistant strength coach … prior to his full time roles, Johnson spent a year interning with the Bulls Strength and Conditioning department during the 2012-13 NBA season … was the 2011 summer strength and conditioning intern for the University of Wisconsin Athletic Department … Johnson received his M.S. from the University of Wisconsin-La Crosse in Human Performance in 2012 and received his B.S. from the University of Wisconsin-La Crosse in Exercise and Sport Science in 2011 … is a Certified Strength and Conditioning Specialist through the NSCA and a Level 1 Sports Performance Coach through United States Weightlifting.